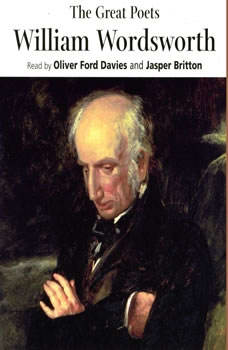 William Wordsworth (1770–1850) was born in Cockermouth, in the Lake District. His Lyrical Ballads, written in collaboration with Coleridge, was published in 1798, and shortly afterwards he settled in Dove Cottage, Grasmere, with his sister Dorothy. Inspired in his early manhood by the French Revolution, he grew disillusioned with revolutionary politics and in later life became decidedly conservative. He left a vast body of work, ranging from delicately simple lyrics to deeply meditative odes – his most fully-realised ambitious work being The Prelude. This collection is read by Oliver Ford Davies and Jasper Britton.