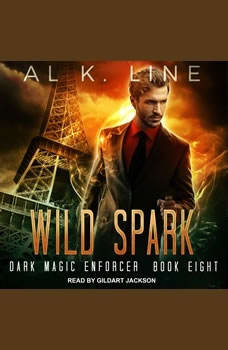 Guess what? I got married! One dark magic enforcer and his hot vampire wife are swapping the madness of this Hidden life for a week's honeymoon in Paris. Here's the plan: Lots of sexy times, some fine dining, and a little sightseeing. No beasties, no wizards, no witches, no zombies, no work. Just us. What could possibly go wrong?