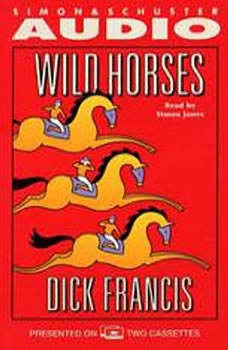 Once a blacksmith, now famous and respected as a newspaperman, Valentine Clark knows everyone who is anyone in the racing world. Aged, confused, blind, and dying, he harbors a daunting secret that he is desperate to be rid of and makes his last confession to his visiting film-director friend, Thomas Lyon, whom in his delirium he mistakes for a priest. Unburdened and at peace, Valentine passes away, yet his legacy remains, guarded by Thomas. On location in Newmarket, Thomas is troubled by the old man’s secret. Seeking to understand this puzzling revelation, he uncovers a long-unsolved mystery that he soon finds is very much unforgotten. But as much as he wants to learn more, it seems he already knows too much. Imaginative and decisive though he may be, he will need superhuman courage and extreme cunning to stay alive.