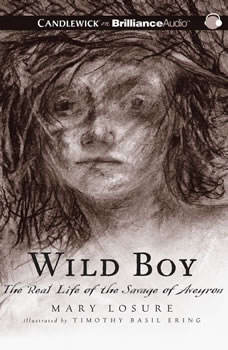 Wild Boy: The Real Life of the Savage of Aveyron

One day, villagers from Lacaune, in the mountains of southern France, returned from the woods with a startling story. They’d glimpsed a naked boy digging in the leaves. A year later—in 1798—the strange, scarred boy appeared again, and this time woodsmen captured him and marched him down the mountain to the village square, where everyone crowded around to take in the spectacle. And so began the curious public life of the boy known as the Savage of Aveyron, whose journey took him all the way to Paris.In a moving work of nonfiction that flows like a novel, the acclaimed author of The Fairy Ring invests another compelling story from history with vivid and arresting new life.