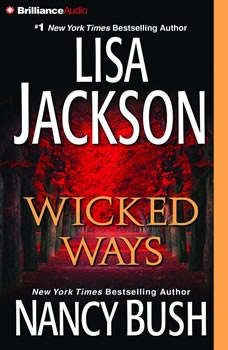 New York Times bestselling authors Lisa Jackson and Nancy Bush join forces to craft this spine-tingling thriller in which one woman's birthright holds the key to a rash of brutal murders. Elizabeth Gaines Ellis is an ordinary suburban wife and mother. That's what she tells herself as she flits between her realtor job, yoga class, and caring for her daughter, Chloe. But for months now, Elizabeth has worried that she's far from normal…that she's somehow the cause of a series of brutal, horrible deaths.Her mean-spirited boss. A bullying traffic cop. Her cheating husband. Elizabeth had reason to be angry with them all. She didn't mean for them to die. No one will take her fears seriously—except the private investigator prying into her past.…The more scared and angry Elizabeth becomes, the higher the death toll grows. But those who wrong her aren't the only ones in danger. Because others have secrets too, and a relentless urge to kill without mercy or remorse.