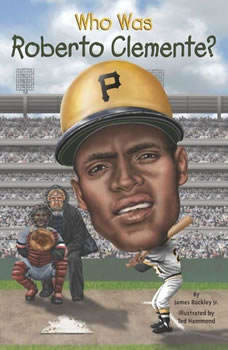 Who Was Roberto Clemente?

Growing up the youngest of seven children in Puerto Rico, Roberto Clemente had a talent for baseball. His incredible skill soon got him drafted into the big leagues where he spent 18 seasons playing right field for the Pittsburgh Pirates. Who Was Roberto Clemente? tells the story of this remarkable athlete: a twelve-time All-Star, World Series MVP, and the first Latin American inducted into the Baseball Hall of Fame.