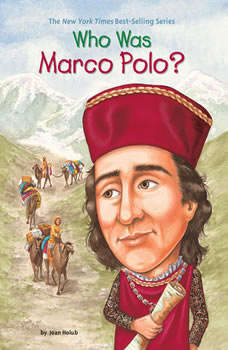 Who Was Marco Polo?

Marco Polo was seventeen when he set out for China . . . and forty-one when he came back! More than seven hundred years ago, Marco Polo traveled from the medieval city of Venice to the fabled kingdom of the great Kublai Khan, seeing new sights and riches that no Westerner had ever before witnessed. But did Marco Polo experience the things he wrote about . . . or was it all made-up? Young listeners are presented with the facts in this entertaining Who Was . . . ? biography.