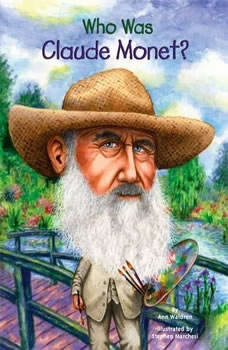 Who Was Claude Monet?

Claude Monet is considered one of the most influential artists of all time. He is a founder of the French Impressionist art movement, and today his paintings sell for millions of dollars. While Monet was alive, however, his work was often criticized and he struggled financially. With over one hundred black-and-white illustrations, this book unveils a true portrait of the artist!