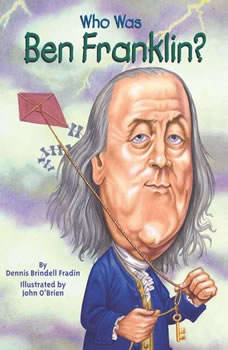 Who Was Ben Franklin?

Ben Franklin was the scientist who, with the help of a kite, discovered that lightning is electricity. He was also a statesman, an inventor, a printer, and an author-a man of such amazingly varied talents that some people claimed he had magical powers! Full of all the details kids will want to know, the true story of Benjamin Franklin is by turns sad and funny, but always honest and awe-inspiring.

Joey is the first ever picture book about the young life of Joe Biden, the 47th Vice President of the United States, and includes never before told family stories about the presidential candidate and former vice president’s childhood—wri...