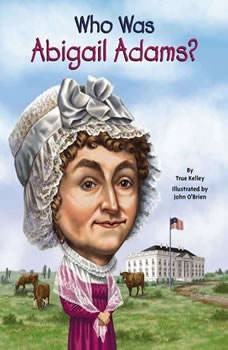 Who Was Abigail Adams?

Abigail Adams was a strong woman far ahead of her time. She urged her husband, President John Adams, to "remember the ladies" and despite having no formal education herself, she later advocated for equal education in public schools for both boys and girls. She was also the first First Lady to live in the White House! This biography tells the story of Abigail Adams and her role in America's Revolutionary War period.