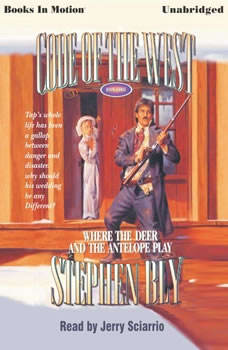 Where The Deer And The Antelope Play

Series: Code of the West #3

In only two weeks Tap Andrews will tip his hat and say "so long" to bachelorhood. Normally that would be enough time to take care of business and finalize wedding plans. But considering his knack for finding trouble, it may take him longer. For instance,