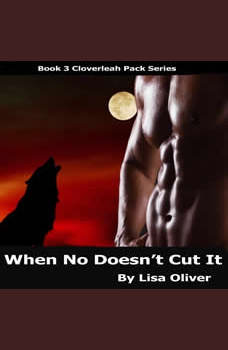 When No Doesn't Cut It

Scott Peterson, beta wolf in the Cloverleah Pack, had a good life. He loved his cars, riding his Harley, and going out with pack members and friends. But when an attack on his pack by a bear shifter, brings his mate into his world, from Texas of all places, Scott realizes he could lose everything he ever held dear.

Damien, Alpha wolf of the San Antonio Pack, didn’t want to go to Cloverleah and definitely didn’t want to be chasing a rogue bear shifter that was threatening the Alpha of the Cloverleah Pack. But he was in for a pleasant surprise when he finds his mate. Now, if he could just find the time to enjoy him.