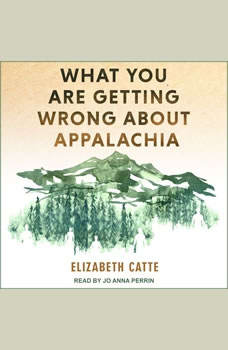 What You Are Getting Wrong About Appalachia

In 2016, headlines declared Appalachia ground zero for America's "forgotten tribe" of white working class voters. Journalists flocked to the region to extract sympathetic profiles of families devastated by poverty, abandoned by establishment politics, and eager to consume cheap campaign promises. What You Are Getting Wrong About Appalachia is a frank assessment of America's recent fascination with the people and problems of the region. The book analyzes trends in contemporary writing on Appalachia, presents a brief history of Appalachia with an eye toward unpacking Appalachian stereotypes, and provides examples of writing, art, and policy created by Appalachians as opposed to for Appalachians. The book offers a must-needed insider's perspective on the region.