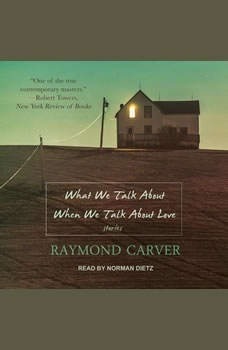 In his second collection, including the iconic and much-referenced title story featured in the Academy Award-winning film Birdman, Raymond Carver establishes his reputation as one of the most celebrated short-story writers in American literature. What We Talk About When We Talk About Love is a haunting meditation on love, loss, and companionship, and finding one's way through the dark.