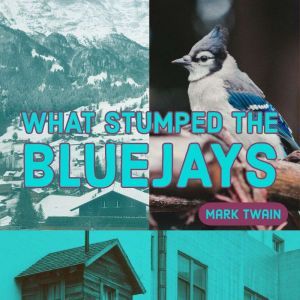 What Stumped the Blue Jays

In this Mark Twain’s "What Stumped the Blue Jays", he writes about a blue jay that comes across a mystery. He came across a loghouse and was struck by it. He accidentally dropped an acorn that he had on his mouth into a hole. The perplexing confusion occurs when the sound of the acorn falling did not appear, leading to him asking for help from other blue jays. None of the blue jays were able to hear any noise, the more they have acorns inserted into the strange hole the more confused they became, as there were no sound of the acorns falling.

In this story, Twain is signifying that the blue jays are actually humans, and are very similar in their approaches in dealing with a funny situation.