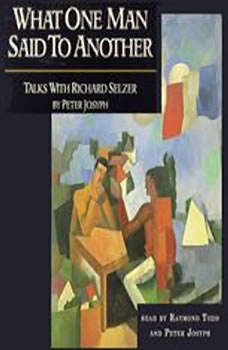 What One Man Said To Another

What One Man Said to Another is a series of conversations between friends. It is also a sparkling and profoundly insightful reminiscence of Richard Selzers life as a surgeon and writer of such works as Raising the Dead and Mortal Lessons.