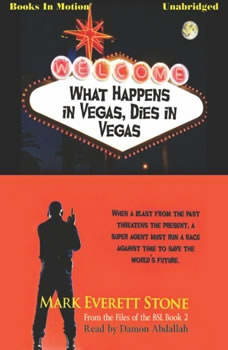 What Happens In Vegas, Dies In Vegas

Series: From the Files of the BSI #2

After faking his own death, Kal Hakala is free of the Bureau of Supernatural Investigation and can finally focus his energy on destroying the monster that murdered his sister. With the help of trusted former teammates, he embarks on a quest to find an art