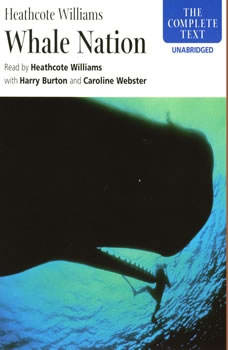 Whale Nation is a hymn to the beauty, intelligence and majesty of the largest mammal on earth. A ‘green classic’ read with natural resonance by its author, it rarely fails to strike a chord in the hearts of those concerned with the abuse of our planet. On the second CD is a fascinating account of whale history. Sensitively underscored with classical music.