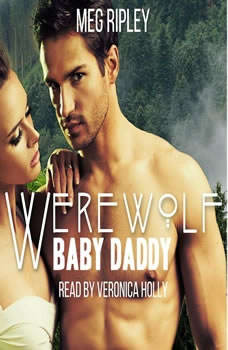 Sera Simpson’s fears become a reality when she learns that her sister Aiza has perished in a tragic accident. The case is quickly closed, but Sera’s instincts tell her that there is more to her sister’s untimely demise than meets the eye. It turns out that Aiza had a strange connection to the Wolf Brotherhood, a local gang of criminal werewolves. Determined to get to the bottom of the mystery, Sera searches Portland for any clue that will shed light on the question. What she finds instead might be an even greater boon: Seth, a gorgeous wolf who wants to help her--in more ways than one. Seth is also on the hunt for members of the Wolf Brotherhood after two of his pack mates have gone missing. When he suggests that he and Sera combine forces in their search efforts, neither could ever dream that it would be the spark that ignites the raging fire burning between them. This werewolf unlocks her deepest desires and has the skill and prowess to make her forget all of her troubles with a single touch. He’s like a drug, and she finds herself craving more and more. He makes her head spin and her deliciously curvy body ache for his love, and after a lust-fueled night of passion, Sera becomes pregnant with his pup. Sera isn’t going to give up her search for answers, though. With Seth’s help, she vows to get to the bottom of the mystery once and for all. But can they find the answers they seek before the Brotherhood finds them? ***This is Book 2 of Meg Ripley's sizzling paranormal romance series, Packs Of The Pacific Northwest. Other books available: Book 1: Claimed By The Wolf Brotherhood Book 2: Werewolf Baby Daddy Book 3: The Wolf Pack's Revenge This audiobook is intended for listeners age 18 and over. It contains mature situations and language that may be objectionable to some listeners.