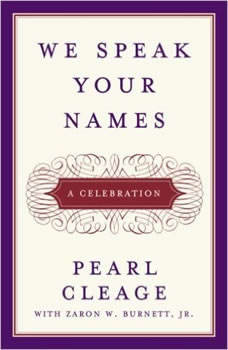 We Speak Your Names

In the tradition of Maya Angelous Phenomenal Woman, bestselling author Pearl Cleage brings us an inspiring, celebratory poem for all women, destined to become a classic. Cleage considers the poem, which served as the centerpiece at Oprahs Legends Ball, as a continuation of an oral tradition that encompasses the entire history of the AfricanAmerican experience. The praise poem acknowledges the legacy of those who have gone before and a realization that we are part of something better, truer, deeper.