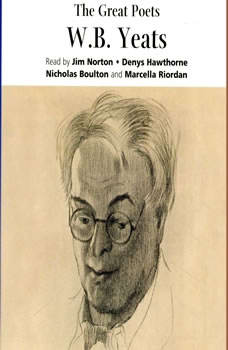 Naxos AudioBooks continues its new series of Great Poets – represented by a collection of their most popular poems on one CD – with W. B. Yeats, one of the most loved poets of the twentieth century. He left a large legacy of outstanding poems, and the finest are collected here: Down by the Salley Gardens, The Lake Isle of Inisfree, The Secret Rose and He Wishes for the Cloths of Heaven. They are read by a strong cast led by Olivier award winner Jim Norton.