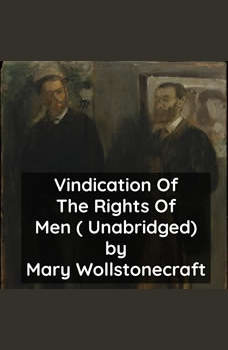 Vindication Of The Rights Of Men ( Unabridged)

A Vindication of the Rights of Men, in a Letter to the Right Honourable Edmund Burke; Occasioned by His Reflections on the Revolution in France (1790) is a political pamphlet, written by the 18th-century British liberal feminist Mary Wollstonecraft,[1] which attacks aristocracy and advocates republicanism. Wollstonecraft's was the first response in a pamphlet war sparked by the publication of Edmund Burke's Reflections on the Revolution in France (1790), a defense of constitutional monarchy, aristocracy, and the Church of England.

"Do you own a fabulous Cricut machine and want to learn how to create beautiful craft projects?Are you a complete beginner to this innovative and creative world?Do you need help getting started with your new hobby or business idea?Cricut machines ar...

Scottish History: A Concise Overview of the History of Scotland From Start to End
by Eric Brown

Explore the History of Scotland From Start to End...Are you interested in the romance and drama of Scottish history?Are tales of Robert the Bruce and the wars against England just footnotes in your wider historical knowledge?This book provides a con...

Maria, or the Wrongs of Woman (Unabridged)
by Mary Wollstonecraft

Maria: or, The Wrongs of Woman is Mary Wollstonecraft's unfinished novelistic sequel to her revolutionary political treatise A Vindication of the Rights of Woman. It was published posthumously in 1798 by her husband, William Godwin. Maria revolves a...