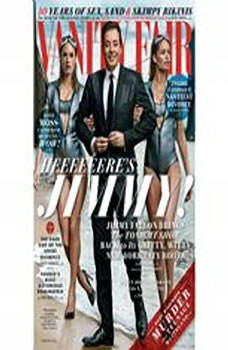 Vanity Fair is a cultural filter, sparking the global conversation about the people and ideas that matter most. With a dedication to journalistic excellence and powerful storytelling, Vanity Fair is the first choice-often the only choice-for the world's most influential and important audience. From print to social media, the big screen to the smartphone and now on audio, Vanity Fair is the arbiter of our era. This month's issue features:Jimmy Fallon brings The Tonight Show back to its gritty, witty roots in NYCRewind to Johnny Carson's glory days as late-night kingCelebrate the 50th anniversary of Sports Illustrated's Swimsuit IssueGet the scoop on Nigella Lawson's simmering scandalMeet France's most famous dominatrixPlus: The dark side of the Sochi Olympics