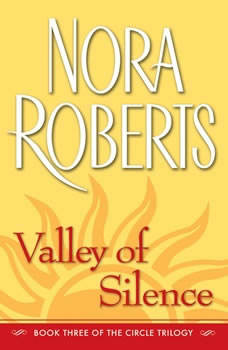 #1 New York Times bestselling author Nora Roberts presents the electrifying conclusion to her powerful Circle Trilogy. Worlds have collided and centuries have elapsed as six people have brought their unique powers, their courage, and their hearts to a battle that could drown humanity in darkness.…Her face, so pale when she’d removed her cloak, had bloomed when her hand had taken the sword. Her eyes, so heavy, so somber, had gone as brilliant as the blade. And had simply sliced through him, keen as a sword, when they’d met his.…In the kingdom of Geall, the scholarly Moira has taken up the sword of her people. Now, as queen, she must prepare her subjects for the greatest battle they will ever fight—against an enemy more vicious than any they have seen. For Lilith, the most powerful vampire in the world, has followed the circle of six through time to Geall.Moira also has a personal score to settle. Vampires killed her mother—and now, she is ready to exact her revenge. But there is one vampire to whom she would trust her soul…Cian was changed by Lilith centuries ago. But now, he stands with the circle. Without hesitation, he will kill others of his kind—and has earned the respect of sorcerer, witch, warrior, and shape-shifter. But he wants more than respect from Moira—even though his desire for her makes him vulnerable. For how can a man with an eternity to live love a woman whose life is sure to end—if not by Lilith’s hand, then by the curse of time?

A magnificent ending to a magnificent trilogy. The Circle Trilogy was the best trilogy that Nora Roberts has written. In this, the last installment, we finally begin the battle that our Circle of Six have been training for. That of good and evil. We also get to the love story of Cian and Moira, two souls so unlike the other that you have to wonder how these two could possibly be so right for each other. This was the best series and it was sad to see it finally end.

I was sad to have the story end. I liked that the ending included time after the climatic battle, so we can see how the lives changed for our heros, after the battle. Cian and Moira's romance is passionate and a good release for Moira, who has a lot on her mind. I'm glad she could find love, peace and companionship with Cian.

Great series and was sorry to see it end. I absosutely loved it!