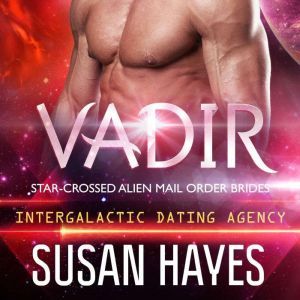 Vadir has a business empire to run and no time to spare on frivolous endeavors. So how did he wind up on the far side of the galaxy to claim a mate he never signed up for? A matchmaking queen and a royal decree, that’s how.

His plan is simple: meet the female, negotiate terms, and leave the primitive planet of Earth as fast as he can. What could possibly go wrong?

This book contains a bohemian blonde with a hell of a right hook, and an interstellar tycoon who is about to learn that the best things in life can’t be bought or sold, they have to be won.