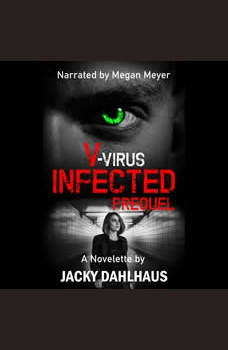 How was the V-virus created? How come the infected took over the world?

The army is experimenting with a live virus to create stronger soldiers. The animal test results are promising although there is some aggression seen among the lab rats. They move on to infect humans in clinical trials without researching the side effects of the virus thoroughly. Things quickly get out of hand.

Kate is a new graduate, leaving home to start her new job as a high school science teacher in the idyllic town of Bullsbrook, Maine. There, she befriends Sue and Charlie, also new teachers at the school. Together, they make it safely through their first month of teaching until the V-virus causes a vampire pandemic and turns their perfect world into chaos.

Get to know the main characters of this sci-fi vampire trilogy in this thrilling novelette.