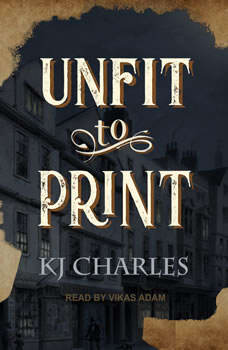 When crusading lawyer Vikram Pandey sets out in search of a missing youth, his investigations take him to Holywell Street, London's most notorious address. He expects to find a disgraceful array of sordid bookshops. He doesn't expect one of them to be run by the long-lost friend whose disappearance and presumed death he's been mourning for thirteen years. Gil Lawless became a Holywell Street bookseller for his own reasons, and he's damned if he's going to apologize or listen to moralizing from anyone. Not even Vikram; not even if the once-beloved boy has grown into a man who makes his mouth water. Now the upright lawyer and the illicit bookseller need to work together to track down the missing youth. And on the way, they may even learn if there's more than just memory and old affection binding them together . . . Contains mature themes.