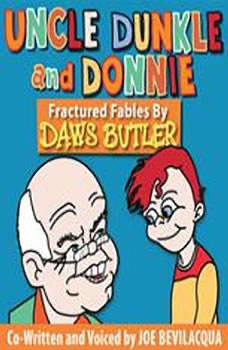 A seal who cant balance? An elephant who always forgets? A green cow who walks on her front feet? These are just some of the wacky characters from the unique mind of Daws Butler, the man who voiced most of the classic Hanna-Barbera charactersYogi Bear, Huckleberry Hound, Quick Draw McGraw, and Snagglepuss, to name a few. Uncle Dunkle and Donnie 2is a collection of imaginative, never-before-released cartoon scripts by Butler, who also worked on the classic 1960sFractured Fairy TalesandAesop and Sonsanimated cartoons. Daws Butler protg Joe Bevilacqua performs 97 different characters in this production!