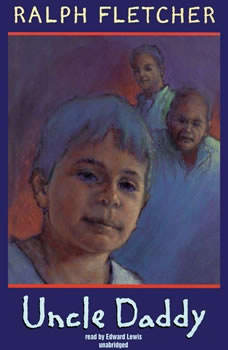 Rivers’ real father left him and his mom six years ago, and Uncle Daddy has been taking care of Rivers in all the ways a dad cares for a son—even teaching him how to play baseball. When his real father returns, Rivers is confused and angry. He had always thought that he’d express his anger at his father by socking him in the stomach. Now, face-to-face with his father, Rivers experiences feelings that are more complicated than he’d imagined. Will the reappearance of his dad affect his relationship with Uncle Daddy? This heartfelt story, told from the point of view of a nine-and-a-half-year-old boy, is filled with insight and touches of humor.