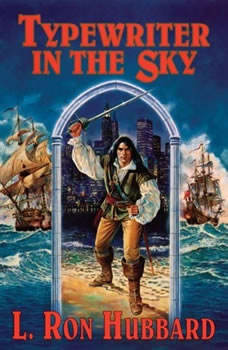 Typewriter in the Sky

Before virtual reality, there was a typewriter in the sky--used by one Horace Hackett, writer, in a rollicking adventure that is considered a true masterpiece of fantasy literature. A musician friend of Hackett's finds himself thrust into a swashbuckling tale--as the villain. Using all his wits, he must devise a way to avoid the destiny which befalls every villain ever written about by Hackett--sure death.