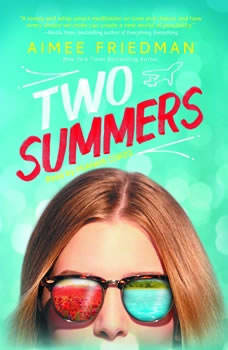 From New York Times bestselling author Aimee Friedman comes an inventive novel about fate, family secrets, and new love, told in split narrative. In this absorbing new novel, Summer makes a choice that changes the whole course of the season ahead of her. When her story divides, Summer finds herself alternately face to face with a longtime crush and worlds away. She is both living amid secrets and kept from them. But what matters more -- the choices she makes or the experiences that shape her? Set in both the south of France and stateside, the twisting, atmospheric Two Summers explores questions of fate, self-determination, and whether or not the journey matters more than the destination.