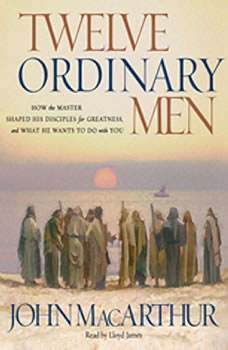 Twelve Ordinary Men: How the Master Shaped His Disciples for Greatness, and What He Wants to Do with You

Contrary to popular belief, we do not have to be perfect to do God's work. Look no further than the twelve disciples whose many weaknesses are forever preserved throughout the pages of the New Testament. Jesus chose ordinary men - fisherman, tax collectors, political zealots - and turned their weakness into strength, producing greatness from utter uselessness. MacArthur draws principles from Christ's careful, hands-on training of the original twelve disciples for today's modern disciple - you.