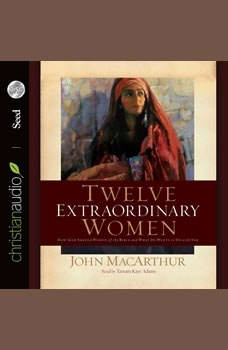 Twelve Extraordinary Women: How God Shaped Women of the Bible, and What He Wants to Do with You

Celebrated for their courage, vision, hospitality, and spiritual giftedness, it's no wonder women were so important to God's plan revealed in the Old and New Testaments. It wasn't their natural qualities that made these women extraordinary but the power of the one true God whom they worshiped and served. // In Twelve Extraordinary Women, you'll learn more than fascinating information about these women, you'll discover-perhaps for the first time-the unmistakable chronology of God's redemptive work in history through their lives. These women were not ancillary to His plan; they were at the very heart of it.