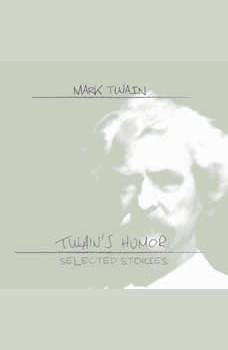 * The Notorious Jumping Frog of Calaveras County * The McWilliamses with Membranous Croup * The Facts in the Great Beef Contract * The Story of the Old Ram *What Stumped the Bluejays *Punch, Brothers, Punch *Tom Quartz * Cannibalism in the Cars *Journalism in Tennessee * The Burglar Alarm

"Thomas Becker's delivery suggest the wry humor one imagines the author himself would use in reading them." -- Booklist

"This recording's success is a result of Becker's dramatic reading ability, which is nicely understated yet totally effective and appropriate." -- School Library Journal

"Possibly the best Twain on the market." -- The Society for Performance Literature