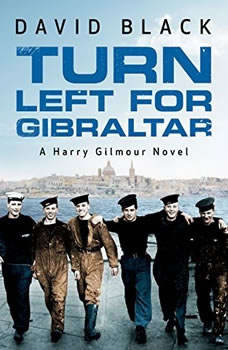 As 1941 draws to a close, brave young men are fighting for freedom in countries across the globe. But for Sub-Lieutenant Harry Gilmour, washed up in neutral Spain alongside ‘interned belligerents’ from both sides of the war, hostilities have come to a pause.Before long, his unlikely comrades must once again become his enemies, and he is back at the frontline of the battle for the Mediterranean. But aboard the submarine HMS Umbrage, operating in the waters off Malta, Harry is soon reminded that allies can be more dangerous than foes. When his volatile skipper is lost at sea, it falls to Harry to take charge of the boat—and of the lives of the men who now depend on him.Ashore, there is another lesson: how war drives its wedge between more than just nations. Shirley is waiting for him back in Scotland, but the world offers many distractions for a young man…As Malta is besieged from the air and home seems ever further away, Harry must summon all his courage not only to stay alive—but also to forge in himself the nerve and the wisdom necessary to shoulder the responsibility of command.