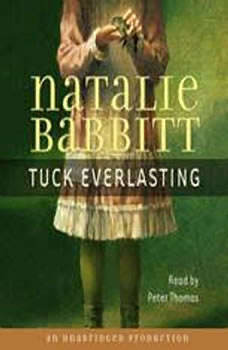 When ten-year-old Winnie Foster stumbles upon the Tuck family's disturbing secret, she is forced to come to terms with her conflicting emotions. She feels drawn to the loving, gentle and rather eccentric Tucks, but what they tell her is too incredible to be believed. Doomed to—or blessed with—eternal life after drinking from a magic spring, the Tuck family tries to make Winnie understand that the terrible magic of the forest spring can never be revealed. The consequences to the world could prove to be disastrous!

But then an unexpected complication arises when Winnie is followed by a stranger who wants to sell the spring water and make a fortune.

I adored this book! The movie version didn't do it justice at all! Bittersweet and beautifully written, I'd highly recommend this book to any young reader, and I feel adults would appreciate it as well.