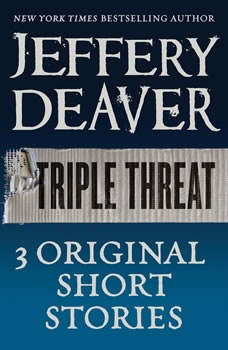 From Jeffery Deaver--the New York Times bestselling author of the upcoming Lincoln Rhyme novel THE KILL ROOM (on sale June 4, 2013)--come three powerful new short stories.In "Fast", Kathryn Dance races against the clock to track down the members of a domestic terrorist cell--with the lives of 200 people hanging in the balance. In "Game," a housekeeper looks for her murdered employer's missing body-and uncovers a shocking truth that hits too close to home. In "Paradice", a car brake failure leaves John Pellam stranded in a remote Colorado mountain town, where he suddenly finds himself accused of murder.With this trio of brilliantly written, utterly gripping stories, Deaver proves once again that he's the "grand master of the plot twist" (Booklist).