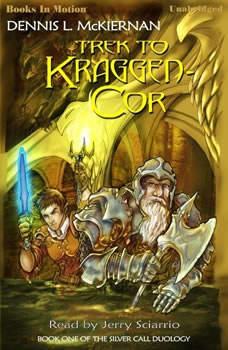 Dennis L. McKiernan's world-that-never-was has taken its place beside J R R Tolkien's Middle-Earth and Ursula K Le Guin's Earthsea as a special realm of adventure and magic with the best-selling Iron Tower Trilogy. Now the first book of The Silver Call Du