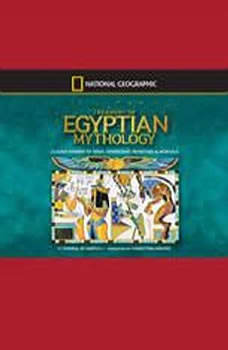 The new "National Geographic Treasury of Egyptian Mythology" is a stunning tableau of Egyptian myths, including those of pharaohs, queens, the boisterous Sun God Ra, and legendary creatures like the Sphinx. The lyrical storytelling of award-winning author Donna Jo Napoli dramatizes the timeless tales of ancient Egypt in the year when Angelina Jolie will make Cleopatra a multimedia star. And just like the popular "National Geographic Treasury of Greek Mythology," the stories in this book will be beautifully illustrated to bring ancient characters vividly to life. The stories are embellished with sidebars that provide historical, cultural, and geographic context and a mapping feature that adds to the fun and fascination. Resource notes and ample back matter direct readers to discover more about ancient Egypt. With its attractive design and beautiful narrative, this accessible treasury stands out from all other mythology titles in the marketplace.

Where is the Bermuda Triangle?
by Megan Stine

Who doesn't love a great mystery? This book presents the eerie accidents and unexplained disappearances that have occurred in the region known as the Bermuda Triangle.Even before it was named, the Bermuda Triangle--roughly bounded by Miami, Bermuda,...

What Women Dont Know About Men
by Jazz Vazquez

Dating expert Jazz Vazquez explains what women don’t know about men and startling male sexual dynamics. Jazz has the shocking and sometimes disturbing inside view of the rarely exposed male psyche. What does it really mean when a man tells you...

The Prince of the Pond
by Donna Jo Napoli

From the author of The Magic Circle, Zel, and Stones in Water.Who is that handsome green stranger? None of the pond dwellers has ever seen the peculiar new frog before. They found him sitting in a pile of human clothes outside the hag’s h...

Classic stories and dazzling illustrations of gods, goddesses, heroes and monsters come to life in a stunning tableau of Norse myths, including those of the thunder god Thor, the one-eyed god and Allfather Odin, and the trickster god Loki. The lyric...

Children's Book of Mythical Beasts and Magical Monsters
by DK

Let's take a trip back in time to meet the bewitching beasts and magical monsters of ancient mythology and legendary folklore from all over the world.This best-selling title for children covers classic myths and lesser-known legends, retold through ...