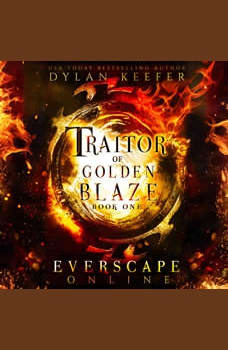 Celina has long adventured in the mystical world of Everscape to balance the dreariness of her everyday life. When the Quest for the Heavenly Seal Staff begins, those she had thought to be friends, turn on her. Their guilds war against one another for the prize. She must use her wits and magic to overcome insurmountable odds. Deadly enemies both large and many, hold her hostage finding new allies is the only way she can reclaim her life both inside and outside of Everscape.

Traitor of Golden Blaze - Book 1 of 3

Champion of Everscape - Book 3 of 3