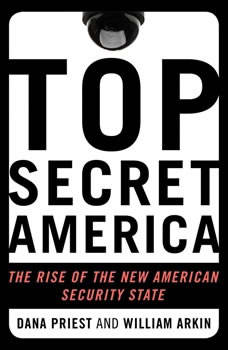 The top-secret world that the government created in response to the 9/11 terrorist attacks has become so enormous, so unwieldy, and so secretive that no one knows how much money it costs, how many people it employs or exactly how many agencies duplicate work being done elsewhere. The result is that the system put in place to keep the United States safe may be putting us in greater danger. In TOP SECRET AMERICA, award-winning reporters Dana Priest and William Arkin uncover the enormous size, shape, mission, and consequences of this invisible universe of over 1,300 government facilities in every state in America; nearly 2,000 outside companies used as contractors; and more than 850,000 people granted "Top Secret" security clearance. A landmark exposA© of a new, secret "Fourth Branch" of American government, TOP SECRET AMERICA is a tour de force of investigative reporting - and sure to spark national and international alarm.

Existence Is Not Just Matter
by Osho

The first and the most important part of intelligence is innocence. That′s why you felt terrible – because in the world innocence and intelligence have been divided, not only divided but put diametrically opposite to each other. If intel...

*PLEASE NOTE: This concise summary is unofficial and is not authorized, approved, licensed, or endorsed by the original book’s publisher or author.*Short on time? Or maybe you’ve already read the book, but need a refresh on the most impo...

Assessing Russian Activities and Intentions in Recent U. S. Elections
by Office of the Director of National Intelligence

It is no secret that the 2016 United States Presidential Election was one of the closest, nastiest, and most contentious in the history of the country. The narrow victory of Donald J. Trump was an unprecedented upset, to say the least. The Republic...