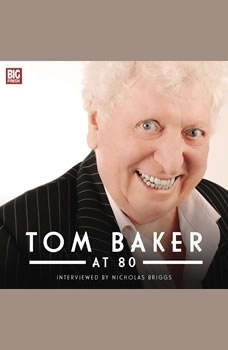 In January 2014, Tom Baker celebrated his 80th birthday. On March 19th, Tom sat down with Nicholas Briggs to look back over his 80 amazing years - his youth, his early acting career, his great success with Doctor Who and beyond and his return to his most famous role with Big Finish. This candid and intimate interview forms two fascinating hours of engaging entertainment in the unique company of Mr Baker. Nicholas Briggs

Join Greg Laurie as he takes a cross-country drive in his 1968 Highland Green Ford Mustang 390 GT through the canyons of Malibu, the alleys of Hollywood, the wide and open roads of the Midwest, the streets of New York, as he traces the wooly geograp...

Today's hottest geek and host of G4's ATTACK OF THE SHOW dishes her unique brand of humor of on everything from Star Wars, gadgets, and her love of banana cream pie. Olivia Munn is an actress, comedian and television host, best known for being the f...

The Beatles: The Beat Heard Round the World - The Lost Press Conference Collection
by Geoffrey Giuliano

Here is the Beatles' incredible story in their own words! Once again, internationally acclaimed, best-selling biographer and actor Geoffrey Giuliano tears back the decades-old veil of myth and unquestioning hero worship surrounding the Beatles&rsquo...

Icon Oprah Winfrey has embraced her role as one of the most positive and powerful people on earth, and there seems to be no end in sight. Oprah has battled criticism, lawsuits, and competition, only to emerge victorious with only a few scratches. He...