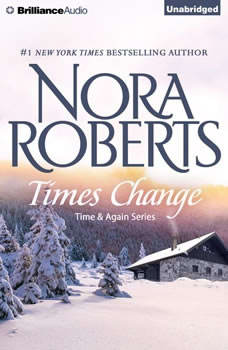 In this enchanting time-traveling romance, #1 New York Times bestselling author Nora Roberts proves that love cannot be held by the boundaries of time.Cynical Jacob Hornblower has followed his brother, Caleb, back in time, hoping to convince him to return home. His mission is soon forgotten, however, when he finds himself captivated by Liberty's spitfire sister, Sunny. But can a man who is down on love truly understand the unbounded strength of the human heart?