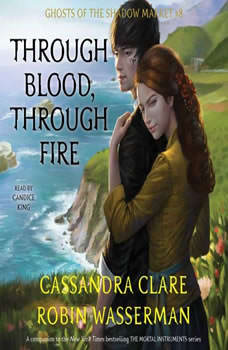 Through Blood, Through Fire: Ghosts of the Shadow Market

Jem Carstairs and Tessa Gray are finally united after waiting over a century to be together, but they become aware a dark threat is looming over a child of the Shadow Market: a lost Herondale, from a line of Herondales who have used the Market to hide from their fellow Nephilim. Now is the time for the lost Herondale to be discovered. Jem and Tessa have to find him before his enemies can.