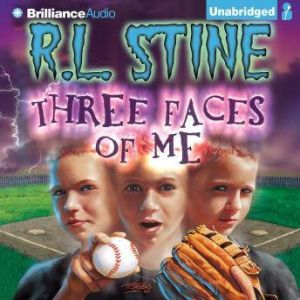 Three Faces of Me

When Ira Fishman wins a prize in the machine outside a candy store, he’s disappointed it’s not the squirt gun he had his eye on. The little black plastic box looks like a camera, but when Ira presses the green button on top, nothing happens. After dinner that night, Ira can’t believe what he sees in his room: a boy with the same clothes—and face—as Ira! He tries to get this second Ira to leave, but it’s no use. Deciding to have a little fun, Ira makes the boy go to school in his place—but it’s a disaster. The new Ira isn’t good at math like the real Ira, and he’s horrible at softball. Worst of all, he plays with the girls during recess! Ira’s clone is ruining his rep—fast. And when a third Ira shows up, Ira number one has to find a way to make the others disappear for good before his whole world is turned upside down. But how do you get rid of yourself?