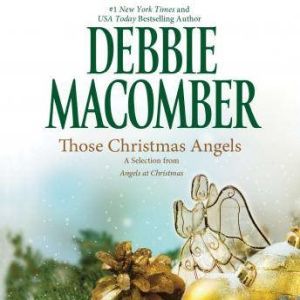 Those Christmas Angels: A Selection from Angels at Christmas

Every Christmas, three lovable angels visit Earth. Once a year, Shirley, Goodness, and Mercy are allowed to intervene (or, more accurately, interfere!) in human affairs. Despite their frequent misadventures and the chaos they often cause, things always seem to turn out right….This Christmas, join Those Christmas Angels as they respond to Anne Fletcher’s prayer request. She wants her son, Roy, to meet a special woman—and the angels contrive to throw Julie Wilcott in his path (literally!).Shirley, Goodness, and Mercy offer you laughter and Christmas cheer in this heartwarming story!“The busybody angels…provide a few delightful surprises as lives transform.” —Publishers Weekly