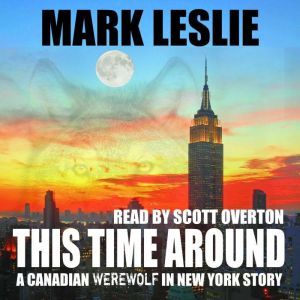 This Time Around: A Canadian Werewolf in New York Story

Being a werewolf isn't all about howling at the moon and running carelessly through boundless fields feeling the wind in your fur.

For Michael Andrews, a Canadian living in Manhattan and afflicted with lycanthropy, there are odd side effects to being a werewolf in the middle of a bustling metropolis.

Such as waking up naked in Battery Park with absolutely no memory of the night before as a wolf and trying to figure out why there is a bullet hole in his leg.

Just another day in the life of a man living with the odd side affect of his werewolf affliction.