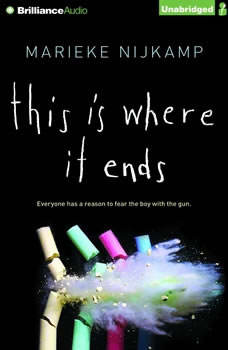 This Is Where It Ends

10:00 a.m.The principal of Opportunity, Alabama's high school finishes her speech, welcoming the entire student body to a new semester and encouraging them to excel and achieve.10:02 a.m.The students get up to leave the auditorium for their next class.10:03The auditorium doors won't open.10:05Someone starts shooting.Told over the span of 54 harrowing minutes from four different perspectives, terror reigns as one student's calculated revenge turns into the ultimate game of survival.