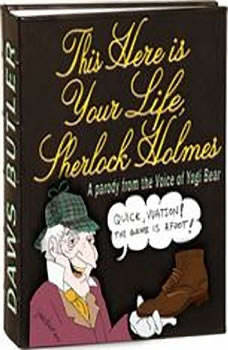 This Here Is Your Life, Sherlock Holmes: Parody from the Voice of Yogi Bear

This Here Is Your Life, Sherlock Holmes is a 1975 parody written and voiced by Daws Butler, Douglas McEwan, and members of the Daws Butler Workshop, including Billy Simpson, Pat Parris, and Corey Burton. In it, Ralph Backwards-along with Dr. Watson, Dracula, Jack-the-Ripper, and even Mary Hartman, Mary Hartman-roast the famous consulting detective.