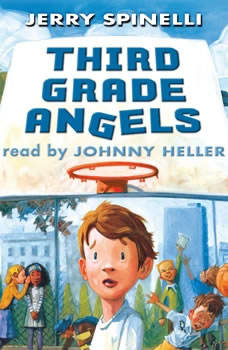 George, aka "Suds," has just entered third grade, and he's heard the rhyme about "first grade babies/second grade cats/third grade angels/fourth grade rats," but what does this mean for his school year? It means that his teacher, Mrs. Simms, will hold a competition every month to see which student deserves to be awarded "the halo" - which student is best-behaved, kindest to others, and, in short, perfect. Suds is determined to be the first to earn the halo, but he's finding the challenge of always being good to be more stressful than he had anticipated. Does he have to be good even outside of school? (Does he have to be nice to his annoying little sister?) And if Mrs. Simms doesn't actually see him doing a good deed, does it even count? A warm, funny return to elementary school from master storyteller Spinelli.